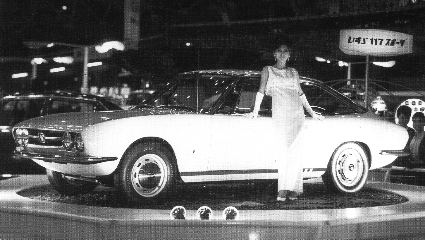 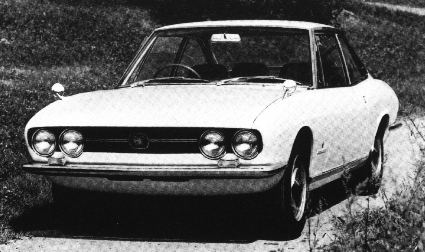 Giugiaro joined Corrozeria Ghia in December of 1965 and got right to work on two designs that were presented to the public at the Geneva Motor Show three months later. The first one, the G230S-delivered Ghia 450 SS is not included in this publication as Giugiaro's contribution only involved the modification of a few details (grille, light clusters), and not the basic shape.

The Isuzu 117 coupe was to be the Turin designer's first real research project in his new capacity as Styling and Design Center director at Ghia.

The car went into mass production in 1968 and stayed for thirteen years, with almost 100,000 units to its credit. Substituted in 1981 by the Isuzu Piazza, designed by Giugiaro at Italdesign. In Japan the 117 coupe was to become a classic among four seater coupes. So much so that, along the lines of the noblest clubs of European car lovers, when it left production, an Isuzu 117 Fan Club was founded that keeps the historical record and organizes meetings and shows.

Giugiaro had a four-seater coupe theme which led him naturally to the shape layout of the Fiat Dino.

In a more compact form, this design repeats the Dino's belt-line movement and the cut of the trunk lid.

The design of the back side window is original: the window base runs parallel with the belt line rising slightly towards the tail, while the top line is broken just at the start of the C-pillar.

The trunk lid catches the eye for its very low cut, done to divide the tail section into two symmetrical parts. The rear light clusters are unusual in their upside-down isosceles trapezoidal shape with rounded corners.

The 117 Giugiaro, a super-refined version boasting newly designed interiors, went on the market in 1979. Upholstery and seating expressed shapes, materials and colors that the designer had chosen one year earlier for the Italdesign Megagamma concept car. 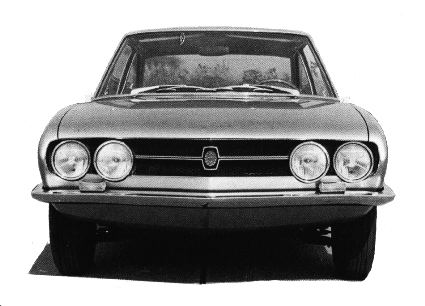